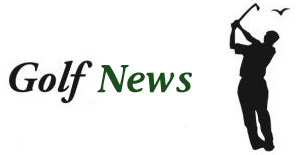 1. This is the time of year that used to be known as the “Silly Season” in golf where a series of made for TV events were venues for the game’s biggest names to make even bigger money. Those events have been replaced by the longer PGA Tour schedule (the Wraparound tournaments) and significant worldwide Championships like European Tour’s grand finale at the DP World Championship in Dubai and the LPGA Tour’s season ending CME Group Tour Championship. Despite those events being very serious indeed, it hasn’t stopped a whole lot of silly things from happening.

2. The last week got off to a great start when iconic sports writer, Dan Jenkins, wrote a parodied interview with Tiger Woods. The article was (and the headline states that it is a fake interview) a fabricated interview with Jenkins asking Woods a series of questions that bordered on mean with made-up replies from Woods which put the 38-year old star in a poor light. Woods immediately reacted to the article (and thereby drew way more attention to it that it would have normally received) with a 600 word rant about Jenkins on Derek Jeter’s website. And so was born a feud. Silly. To read what Jenkins wrote http://www.golfdigest.com/golf-tours-news/2014-12/dan-jenkins-fake-interview-with-tiger

3. Young American pro, John Hahn, shot a 12-under par, 58, in the 4th round of the European Tour’s qualifying event. The top 25 players qualify for their Tour cards after the end of the grueling 6 round marathon. Hahn’s round was historic on many fronts, most notably because no player has ever broken the mystical 60 barrier on the European Tour. Sadly for Hahn however, he could not repeat the magic the next day and soared to an 8-over par, 78 that ended his hopes for a Tour card. Silly game this can be.

4. PGA of America CEO, Pete Bevacqua, announced after Thursday’s annual meeting that taking the PGA Championship overseas was still being considered, but there were no immediate plans to do so. The PGA of America is the acronym for the Professional Golf Association of America. How could a Championship with that name be held in a different country? Really silly.

5. The DP World Championship is a tournament that resides within another tournament. Labelled as the European Tour’s “Race to Dubai” it is a season long tabulation of points which qualifies the top 60 players on the European Tour. The bonus prize money that is rewarded to the accumulative winner is 1.25 million (US dollars). Before everyone showed up, that prize had already been claimed by Rory McIlroy, who came into the event with an unassailable lead after his sensational year http://www.birdgolf.com/doubt/

6. McIlroy would play well in Dubai, but would have to settle for a tie for second place with Victor Dubuisson and Justin Rose (two shots behind Sweden’s Henrik Stenson). This was Stenson’s second consecutive win at the DP Championship and sees him vault to #2 in the World Golf rankings behind McIlroy. Stenson had taken the overnight lead heading into Sunday’s round and had not been at his best until he made birdies on the last two holes to secure the win. Stenson would finish as the runner-up to McIlroy in the Race to Dubai.

7. The LPGA Tour was conducting its finale with a similar theme. Players gather points throughout the year to be eligible for the season ending CME Group Tour Championship in Naples, Florida. They also accrue points throughout the year in “the Race to CME Globe”, the winner of which receives a million dollar bonus. The winner of the 4-day event itself goes home with $500,000. In the inaugural year of both of these events, they had the same winner. 17 year old phenom, Lydia Ko, won the tournament on the fourth hole of a sudden death playoff with Carlota Ciganda, capturing the richest prize in women’s golf. This is the 3rd win of the year for Ko, who also captured the “Rookie of the Year” award in her inaugural professional campaign. Ko won two LPGA events before turning professional, so the Tour Championship is her 5th overall.

8. In a not-so-silly vote, the embattled PGA of America did something at its annual meeting that is a breakthrough for golfers and women alike. Suzy Whaley was elected the first female officer in PGA’s history which essentially assures that she will assume the Presidency of the world’s largest sporting body, in 2018. Whaley received 52% of the votes from the delegates, giving her the first unopposed victory since 2002 when Roger Warren ran unopposed. On the heels of item #4 and the exploits of http://www.birdgolf.com/continuing-ryder-fallout/ this could be a welcome breath of fresh air.

9. We would like to take this opportunity to wish all of our students, readers and fans, the very best of celebrations for our upcoming Thanksgiving. We at Bird Golf have so much to be thankful for, most especially all of the wonderful students and friends who have allowed our dream to happen and succeed for the last 17 years. We hope that all of your days are filled with family, love and birdies……..oh and; lots of turkey and stuffing!

The Bird Golf Academy’s promise and Service Mark is the “Ultimate Golf Learning Experience”®. So what makes Bird Golf the world’s best golf school? Our unique concepts are born from many lifetimes of observation, teaching, and research. Among the professional staff of Bird Golf Academy our knowledge adds up to more than 350 years of teaching experience! Our golf school’s primary concept is our one/two student to one teacher ratio. This enables our instructors to devote their entire attention to each individual student, providing the student with personalized instruction.

Here are real stories of the success of our students.

What Our
Students Say